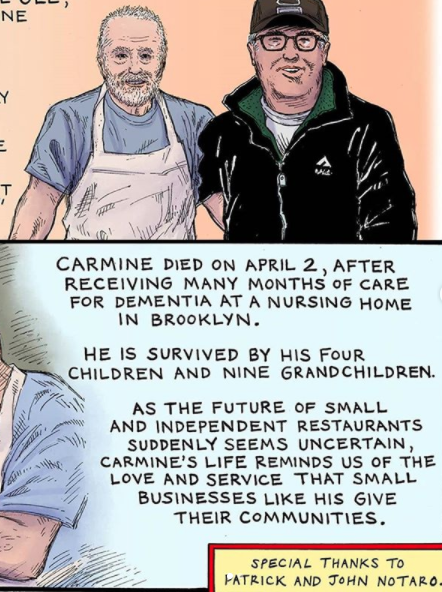 History books should be written as comics. In his 20+ years in Greenpoint, illustrator Tony Wolf witnessed a multitude of changes in the neighborhood, whimsically capturing the effects of gentrification and hipsterdom in his cartoon serials. But even as Tony traced the evolution in the neighborhood, one thing remains constant: his unflappable wonder for Greenpoint, and the unbreakable sense of community that connects its residents. Through his Greenpoint of View comics, he elevates a lazy stroll through McCarren Park into something majestic, and documents the dawn of a new era via the arrival of Enid’s.

Outside of his Greenpoint of View passion project, Tony is also a voice-over actor, performer, and freelance cartoonist with bylines in The New York Times. Now, even as Tony has relocated (he’s moved all the way to Hoboken, but he’s a truer Greenpointer than most at heart), he still aims to continue his Greenpoint of View series — be on the lookout for more soon! Below, we discuss what bars should be revived, his favorite restaurants, and how he made friends on — you guessed it — the G Train.  END_OF_DOCUMENT_TOKEN_TO_BE_REPLACED

Greenpoint of View: The Secret Origin of Midtown Comics 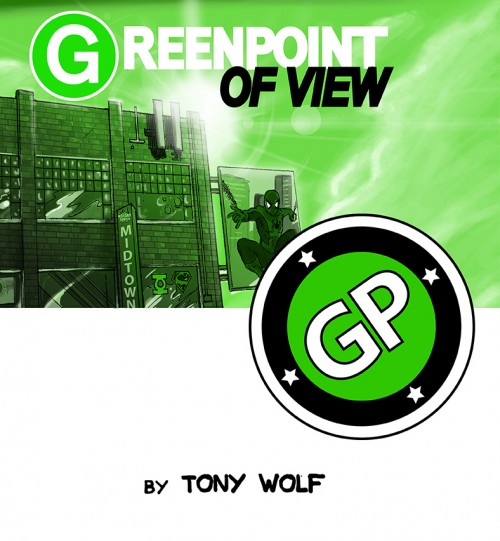 How long have you been here? And, how has the neighborhood changed since then? We all have our stories about the undulating Greenpoint streetscape—people moving in, people moving out, condos and developments covering up the sky, and coffee shops springing up faster than organic dry cleaners. Is it good? Is it bad? Tony Wolf chimes into the discussion with his autobio-comic: Greenpoint of View: The Secret Origin of Midtown Comics.

END_OF_DOCUMENT_TOKEN_TO_BE_REPLACED

Step back in time with Tony Wolf: “Greenpoint of View” remembers The Vitamen

How long have you been here? And, how has the neighborhood changed since then? We all have our stories about the undulating Greenpoint streetscape—people moving in, people moving out, condos and developments covering up the sky, and coffee shops springing up faster than organic dry cleaners. Is it good? Is it bad? Tony Wolf chimes into the discussion with his labor of love: the Greenpoint of View comic. END_OF_DOCUMENT_TOKEN_TO_BE_REPLACED