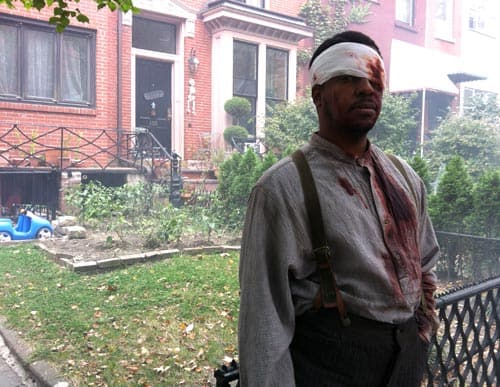 An awesome reader tipped me off that Milton St is covered in dirt for a movie shoot so I stopped by on my way to the office. I know some of us feel inconvenienced by film shoots in Greenpoint, but this one is way cool. Not sure about you but I’m a total sucker for period pieces and people are walking around like it’s 1906 and covered in crazy head wounds and dressing. END_OF_DOCUMENT_TOKEN_TO_BE_REPLACED