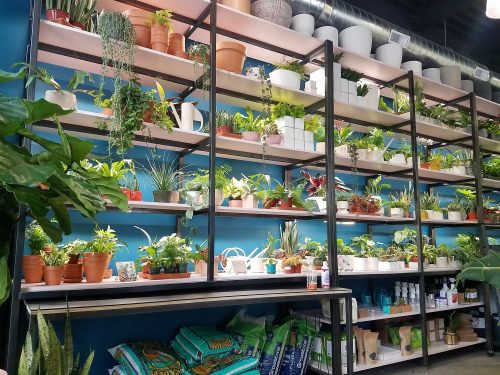 There was no trace of the blustery snow falling outside of the new bountiful, tropical-feeling retail space of Greenery NYC, a Greenpoint-based botanic design company whose first brick-and-mortar store, Greenery Unlimited, celebrated its grand opening last week at 91 West St. near the entrance of Transmitter Park.

Owners Rebecca Bullene and Adam Besheer based Greenery Unlimited on the concept of the beneficial interaction between humans and plants known as Biophilia. The space is overflowing with plants, and the store’s setup allows for the discovery of charming nooks accented by greenery, despite the geometric shape of the floor.

The retail space features plant installations built into and on top of the walls and store fixtures, fed with automatic drip irrigation, grow lights and natural sunlight, along with a mist machine that sprays a relaxing fog of water droplets to the leaves below.

“We really want to set people up for success and make sure that what we’re installing is reasonable,” employee Madeline Sachs said. “Even though it is automatic, there’s irrigation involved; there’s still maintenance, and I think it happens more often in office spaces where people get to enjoy it,” she said explaining that the green wall installation near the desk area in the store is more common for office settings than for residential.

A custom designed plant installation is displayed in one of the front windows of the space with an industrial aesthetic and wooden planter boxes, similar in design to the Etsy office installation. For customers seeking something smaller in scale, Greenery Unlimited’s stock spans all budgets;  a baby ponytail palm tree costs $30 while a full-grown version sells for $1300 without a planter.

“We really want anyone to be able to walk in and buy a plant; anything from a little tiny fern to this large ponytail,” Sachs said. “The problem in New York is people struggle with light in their apartments,” she said, adding that beginner plants that require minimal maintenance are a wise choice for people just starting out with plant care. 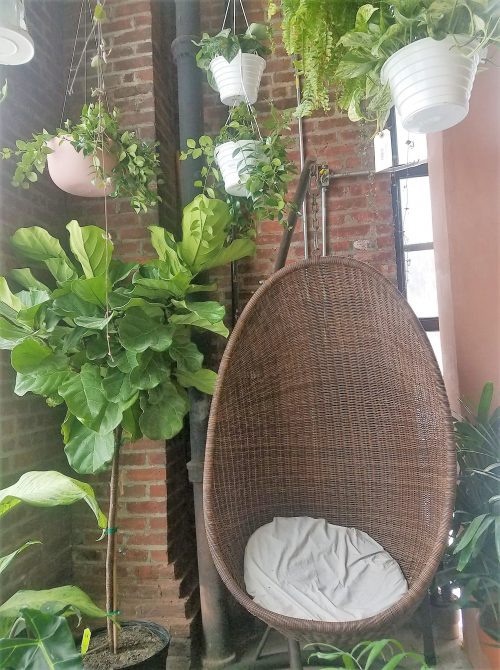