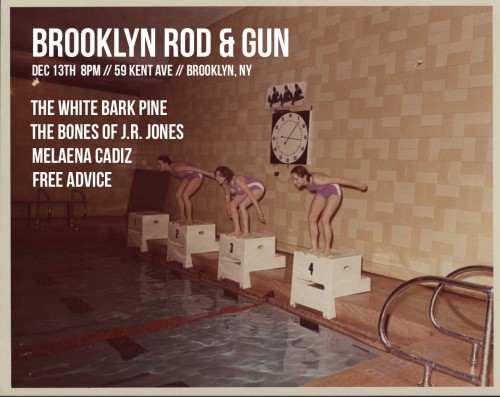 It seems like everyday another venue in North Brooklyn is closing. It’s a real bummer and unfortunately it’s not a new story; lots of establishments end up priced out of rapidly changing neighborhoods. We’ve been informed Brooklyn Rod & Gun will be closing its doors in the next few weeks. However, they at least have a pretty great 2nd to last ever show lined up for tomorrow to go out in style. END_OF_DOCUMENT_TOKEN_TO_BE_REPLACED

Get to Know Square Zeros Podcast and Website + ZeroFest Preview

Greenpointers makes a good effort to share relevant information on the local music scene, but since music is only a single aspect of what we do here, there are plenty of other sites that go way deeper. One that can’t be recommended highly enough is Square Zeros, which comes to us from Derek Hawkins (a Greenpoint resident) and Jon Mann (of East Williamsburg/Bushwick). It’s a podcast, it’s a live music source, it’s an archive, it’s full of essays, and most importantly, it’s an effort to reinforce and build community among musicians and kindred spirits. END_OF_DOCUMENT_TOKEN_TO_BE_REPLACED