Ever wonder about that little triangle of land on Nassau in Greenpoint with the “Golden Nugget” RV on it? And who the hell lives in there? You can meet the “caretaker” this Sunday!

Center For Investigative Research, “an ad-hoc collective dedicated to searching out the true facts and deeper meanings behind everyday phenomena in Brooklyn and beyond,” is hosting a salon on Sunday February 17th, 2013 at Diamond (43 Franklin St) from 5-7pm, which aims to answer all your questions.

“The tiny triangle of land bordered by Banker Street, Nassau Ave, and North 15th, at the border between Williamsburg and Greenpoint, is an enduring Northside mystery.  A sea of old-world chaos in the midst of a plague-like profusion of high-end beer gardens, supermummy sanatoriums, yoga studios, and Apple-product saturated co-working spaces, this tiny space beckons the passerby with a nostalgic, disorganized filth all but absent in today’s Brooklyn. While the “Golden Nugget” sign on what appears to be a food wagon hints as some comestible design, the deeper story has remained tantalizingly elusive—until now.

Come meet the caretaker of this semi-conscious urban installation, and hear about his ambitious plans for a restaurant serving animal-shaped children’s sandwiches, plexiglass-clad indoor ice-rinks, and an Azerbaijani spit-roasted lamb festival.  While we cannot tell you his name, you can be sure his raconteuring skills are legend…”

There will also be: The Tube Party
On a recent family trip to Göteborg, Ventiko went bonkers for tubes and brought some back for us all to try! Come and sample all the delicious flavors—including Reindeer! 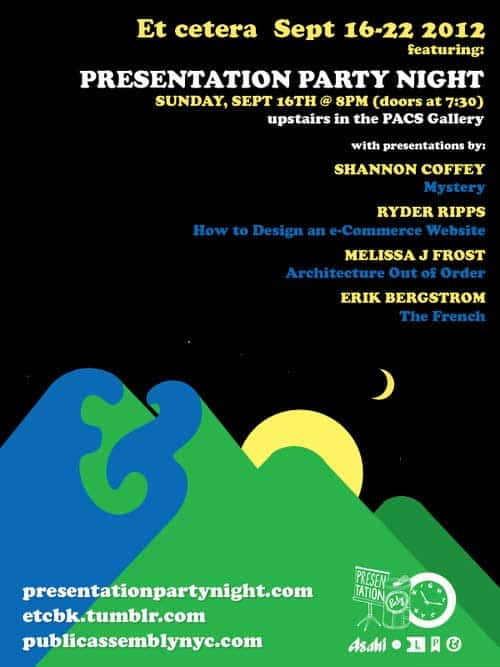 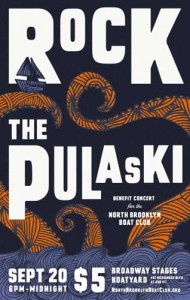 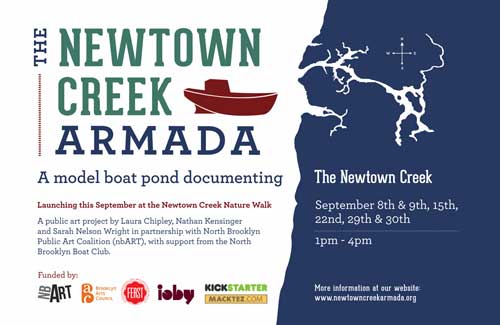 * 2nd Annual Autumnal Equinox Pumking Breakfast @ The Diamond Bar (43 Franklin St) 10:49am-12:19pm, the first keg of Southern Tier Pumking will be tapped along with while Dave’s Mom and Dad will be serving pumpkin pie, cinnamon twists, and pancakes for free (limited quanities) to all drinkers.

♦ Panel Discussion: What is Collage? @  Ruth Phaneuf Fine Arts (10-61 Jackson Ave, LIC, 2nd Fl) 4-6pm, What was once considered an artistic reaction to the specific age of communication can be seen in retrospect as a responsive method to connect art and the world in any age. Moderated by Ruth Phaneuf and Michael Lee with participating artists Sara Klar, Abe McNally and Jason Tomme.

* Masters of Social Gastronomy Get Shelved: Preservatives & Convenience Food @ Public Assembly (70 No. 6th St) 7-9pm, FREE lecture, Why does your bacon clamor about its lack of nitrites, but your soda keeps quiet about sodium benzoate? Learn to read the small print of food labeling with terrifying ease!