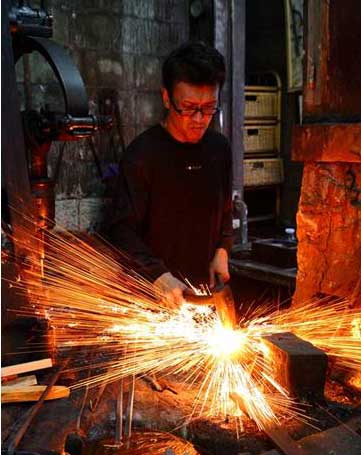 Three Japanese master craftsmen from Kikuichi Knives will be at Smorgasburg (27 N. 6th St.) this Saturday 8/18/12 from 11am-3pm demonstrating how to make knives from iron to blade as part of The Brooklyn Kitchen’s ‘Kitchen Island’ summer series.

Kikuichi Knives has been making knives for over a hundred years, but before that they were making Samurai swords that bore the Emperor’s Chrysanthemum symbol as a mark of their excellence.

This event is Free and there will be tastes of Japanese beer, sake and sushi from Chef Kaz Limori.