Thursday Spotlight: smallhome is Big on Dreams, Creativity, and Style 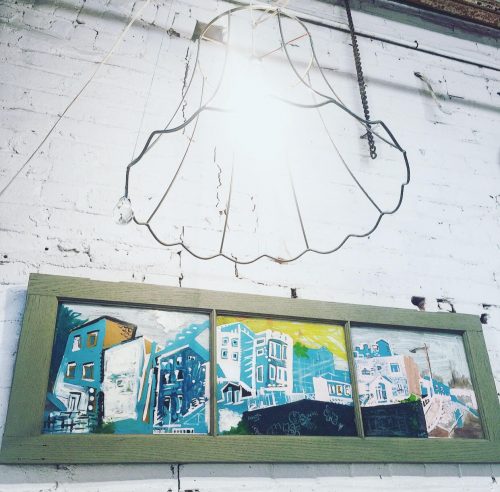 It feels funny to say we should welcome smallhome (100 Freeman Street) to the neighborhood, even though the brick and mortar storefront has only been around for a few months. But long beyond that period, its steadfast owner, curator, and artist Julia Small has been creating works and home goods at various shops and recognizable markets and pop-ups all over north Brooklyn. And while our Thursday Spotlight series often focuses on the denizens of the Pencil Factory and other kinds of fine artists, it feels important — especially during this tumultuous COVID period — to highlight the artists of many stripes who keep our vital small business scene thriving. Learn more about Julia’s diverse work and career below, and be sure to follow along on Instagram!

Greenpointers: Congrats on smallhome’s opening! How long have you been at 100 Freeman Street, and where were you beforehand?
Julia Small: I moved just down Franklin from Oak street last November. I had been in a pop up space I built out within the kid’s shop Flying Squirrel, and East Williamsburg (across from Artists & Craftsmen, Harefield Road) before that.

END_OF_DOCUMENT_TOKEN_TO_BE_REPLACED

It’s not your typical art show, nor it is your typical hardware store. Walking down the aisles of Crest Hardware Store (558 Metropolitan Ave) while the annual Crest Hardware Art Show is on display is a surprising challenge for anyone, art seekers or hardware shoppers alike. While much of the artwork is obviously “art,” like the giant portrait of Joe Franquinha, the art show’s Producer/Curator and Owner of Crest Hardware, which is above a sculpture of a dog taking a dump, some of the items for sale require a double take, like a row of brightly colored neon garden hoses. 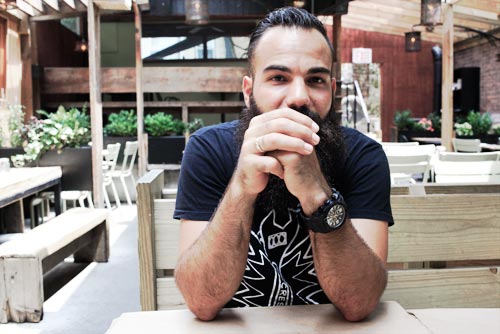 I sat with Joe around the corner at Dumont to talk about art, retail, what the Crest Hardware Art show means to the community, old and new, and the future of Crest Arts. END_OF_DOCUMENT_TOKEN_TO_BE_REPLACED

The way images move through a photo studio, it makes sense to put a collage show in one in order to symbolically organize all the flashing fragments. Picture Farm, one such studio, will be housing All That Remains, a group exhibit presented by the local, yet nomadic project called Ugly Art Room.

Before the dreamlike and poetic mosaics land on the studio walls, they’ve collected in the Greenpoint apartment of the show’s curator, and one of 28 participating artists, Charles Wilkin. The stored works seem to mesh naturally with Wilkin’s own workspace and personal collection.

“My discovery of collage was accidental” the artist told Greenpointers. “Running late to a drawing class with an armful of photos from the previous class – but without pencil, paper, or drawing materials – my teacher suggested that I just do collages.” Wilkins is also a graphic designer and that history honed his understanding of the medium. “It’s all scraps that came from the graphic arts, reassembled by artists. And that’s where the turning point came for me. A career commercial artist, good at it but almost bored with design, I took the collages I was doing at home and was able to apply them in a design setting.”

It’s just that blurring space between “fine” art and illustration that this collection makes work. “David Plunkert was the first artist I saw that was doing that similar style that was illustrative without being illustration”. Wilkin’s casual and informed manner echoes All That Remains’ mix of canny and imaginative creativity. “Design, illustration, typography, to me its all art. It’s all composition. One thing that collage did do was free me from the constant problem solving of making a logo.”

Talking to Wilkin in his home and around his own collection and studio space, it’s easy to see why he sticks with the physicality of the LIFE magazines and discarded photo albums he’s gathered over the years. Only a few pieces in the show are digitally produced and he reminds himself that the work is reused print.  “I love the tactility of paper and the physical act of cutting, gluing, and arranging paper. On the other hand digital collage frees the image from the size restraint of the found object. It can be bigger.”

“With the norm of sound bites and the world shrinking and cultures clashing together this show becomes more relevant. I wanted to show what’s going on now but the work I found was never overtly political.” Looking at the work only bolsters Wilkin’s excitement for what he has unearthed. He’s done a good job at collecting the collected.

“I think this kind of work has always been on the fringe, so now is a good time for the show. When you look at the work here, even though there are different styles, there is an underlying theme of mystery and uncertainty that’s very relevant to what’s going on now. It pulls from the past to analyze the present so that hopefully we can move to the future. That’s the beauty of collage.”