You didn’t move to Greenpoint to join a yacht club, that’s more a Connecticut thing. If you are hankering to be on a boat, there is the North Brooklyn Boat Club, stationed alongside Superfund-designated Newtown Creek.

The boat club is very Greenpoint-worthy. They host a lot of barbecues at their converted junkyard space by the Pulaski Bridge. You don’t have to come from a fancy family to be able to join.

If you are more of a pier person, you probably noticed that the former Coco 66 space near the pier at Transmitter Park is now called the Tender Trap. It is even weirder than Coco 66 was.

What’s the right party for you?

We put them head-to-head below. END_OF_DOCUMENT_TOKEN_TO_BE_REPLACED

Even though this past Friday brought more (unwanted, unexpected) flurries and cold, gallery owners took the storm in stride and kept their doors open late for Greenpoint Gallery Night. And for a good cause—the brave locals came in crowds, saw the art, and thus conquered the last snow of the the winter season. Check out our Instagram recap! END_OF_DOCUMENT_TOKEN_TO_BE_REPLACED 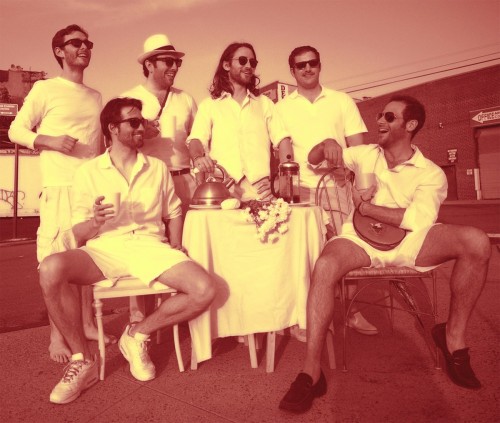 There’s a rad show going down tonight at Rough Trade. Stargazy will be playing a release party for their new EP The Fashion. But wait! There’s more! Also on the bill is Folding Legs, who you might recall from our showcase in January at Cameo Gallery. They will be joined onstage by Sam Hillmer of experimental/avant-garde band Z’s. So how about you read on for all the info, a new video from Folding Legs, my thoughts on the Stargazy EP and an interview with the band. END_OF_DOCUMENT_TOKEN_TO_BE_REPLACED 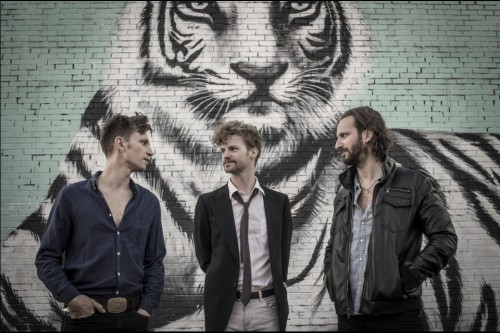 If you aren’t familiar with Greenpoint band Monuments, now is a perfect time to get to know them. They have a new album out called Brigadune, they play tonight at Cameo Gallery, and they did an interview with us. Check it out. END_OF_DOCUMENT_TOKEN_TO_BE_REPLACED

In January, the space next door to Coco 66 reopened under Manhattan restaurateur Michael Callahan.  The new restaurant, Coco (68 Greenpoint Ave), wowed us with a fresh and delicious dinner menu that included dishes such as Bourbon-Butter Grilled Oysters, a whopping great Double-Thick Pork Chop, and inventively prepared seasonal veg. The selection of late night bar food (served until 2am) also caught our eye with amazing Pickled Egg Sandwiches and $5 Cheeseburgers. 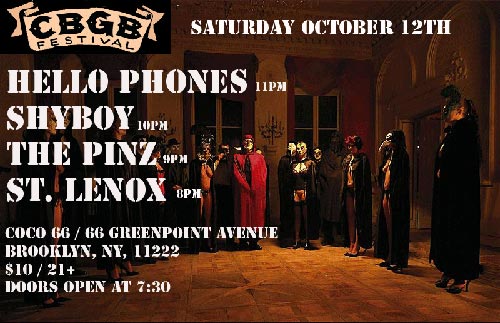 Coco66 has been closed again. This time due to legal matters pertaining to an expired liquor license that has since been renewed but they’re still shuttered. The same bureaucratic nonsense shuttered Mark Bar for a week and a half this month. Rumor mill is churning that Coco66 might not be back though…

Update 7/14/11: From a commenter:
Owner was arrested for selling alcohol with an expired license. His current application was rejected by the state liquor authority so there is no new license coming. Expired liense was only valid for the 68 side so the bar on the venue side was illegal. The entire inventory of the bar was destroyed at command of the SLA and local precinct. He has so flagrantly violated the laws for so long that he is red flagged by all city agencies. He was apparently so high when arrested that the cops were making fun of his incoherent rambling.

After checking the SLA website, it appears this is correct – the liquor license expired on 6/30 and was renewed on 7/11 but the license is for 68 Greenpoint Avenue – Coco 68 is a restaurant – and NOT 66 – which is where the bar is located…

The lovely ladies of Work It Brooklyn is at it again! In this industry focused edition, music will be the center of attention and WIB has teamed up with Women in Music to bring you an evening of productive speed networking and professional guidance from the likes of Tunecore and MusicSUBMIT. Full details below, tickets are available on Eventbrite.

BROOKLYN- more than just a cherished outer-borough of New York City and home for many, has come to represent a mecca of rich culture for progress, diversity, independent thinkers, and creativity, especially for those who are involved in the independent music scene.
On Wednesday April 20th from 7-10 pm, Brooklyn based organization “Work It Brooklyn” (WIB), a progressive event-based networking organization formed to connect inspired creatives working independently within the creative fields is teaming up with  “Women in Music” (WIM), a not for profit organization with a mission to advance the awareness, equality, diversity, heritage, opportunities, and cultural aspects of women in the music business, for the next Work it Brooklyn “Industry Focus Event.”

The Industry Focus event will start with an opportunity for guests to mix and mingle over casual rounds of speednetworking, followed by an intimate industry panel discussion with some of the best experts in the DIY music field: Jeff Price, Founder and CEO of Tunecore; Liz Leahy, Co-Founder and CEO of  Section 101; Michael Corcoran, President of MusicSUBMIT; Ben Markowitz, Product Experience Manager of Fanbridge; and Jayce Varden, Co-founder and Director of Pledgemusic.

Panel moderator and Entertainment Attorney Shamita Carriman Esq. of Carriman Law Group and Women In Music will encourage the panelists to speak freely, openly, and candidly on strategies for success for DIY musicians.

The event will also feature an invited list of local “VIP’s” in the DIY music field outside of the panelists who will be ready to directly network with guests during the mingling time slots of the event.

“ Having these great industry panelists at an event in the heart of the national independent music scene is amazing– we’re going to have a blast” notes Work It Brooklyn Co-Founder Aja Marsh. Women In Music President Evange Livanos is equally excited about the event and notes: “Its an honor having WIM be a part of this panel bringing all of these industry professionals to our members and the public.”