Bushwick Inlet Park to Expand With Purchase of CitiStorage Site 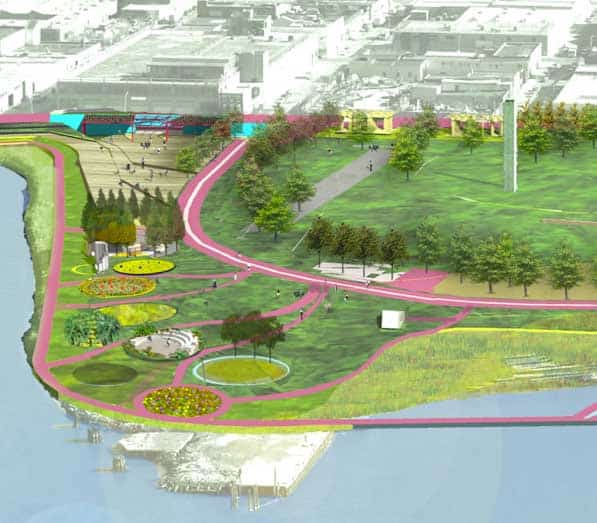 North Brooklyn is celebrating a major victory today as the city announced the $160 million purchase of the contentious CitiStorage site from owner Norm Brodsky, which will expand Bushwick Inlet Park by approximately 7.5 acres. Mr. Brodsky turned down the city’s initial $100 million offer and was allegedly negotiating with private developers.

Compare the city-wide average of 158 square feet of open space per person with North Brooklyn’s 26 square feet of open space per person and it’s easy to see why the Friends of Bushwick Inlet Park began organizing in 2015 to pressure the city to acquire the land. Actions to hold the city government to its Bloomberg-era promise of saving the land for a public park intensified following a massive fire at the CitiStorage site in Jan. 2015.

“We look forward to working with local officials activists and residents as we design and build a Bushwick Inlet Park we can be proud of,” Mayor de Blasio said in a statement Tuesday morning. END_OF_DOCUMENT_TOKEN_TO_BE_REPLACED 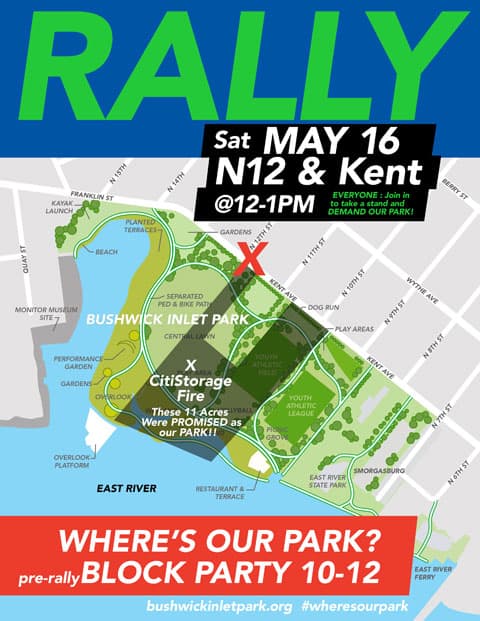