Hot News for the Summer: McCarren Park Getting Grills and Food Trucks!

We know McCarren Park is a great spot for chilling, but come May, it will be a great spot for grilling! In previous years, would-be Brooklyn grill masters have had to keep their grilling on the DL or risk getting a ticket. Not anymore! The parks department in kicking $50,000 our way for nine double-wide grills, 18 picnic tables, 3 charcoal-disposal bins and two additional trash cans. All this new equipment will be stationed around the park in 3 separate locations.

For park-goes who don’t want to do their own grilling, but would still like to chow down, the Parks Department will be soliciting bids for on-site food vendors. Of the applicants, the department will choose 3. Two will operate trucks in the park, and the third will set up shop in the field house!

On March 19th, the city will close the Track and Field at McCarren Park for a year. The field and quarter-mile running track on Lorimer Street between Driggs and Bayard will be getting a facelift thanks to a 4 million dollar overhaul funded by the mayor’s office. During the year-long closure, the parks department will lay new turf, and a new rubber track, at the complex. Additionally, the department will install new bleachers, planters and fitness equipment around the track. The rest of the park will remain open while the track and field overhaul is in progress.  END_OF_DOCUMENT_TOKEN_TO_BE_REPLACED

Why run when you could walk? That seems to be question guiding this fall’s newest athletic not-quite-feat: The New York Sorta Marathon. Organized by comedian and former Greenpointer Zach Broussard, the Sorta Marathon is the first short marathon. Instead of 26.2 miles, the length of a traditional marathon, the race clocks in at just .2 miles.

Broussard explores some hard truths about marathons in his YouTube promo video for the event, including this rock-hard reality: 26.2 miles is way too long for most people. Designed to be a race anyone can finish, the event’s Kickstarter page exalts, “finally, a marathon FOR THE PEOPLE.” Broussard knows that not all of us have the time or the ability to train for a traditional race, but that we all face challenges personally or globally. So, how can we feel good? Skip the running and go straight to the runner’s-high! He told me, “lots of our online experience is watching people brag about things that are sometimes out of our own reach. So I thought it would be fun to create an event that allowed literally anyone the chance to brag about some crazy accomplishment.” END_OF_DOCUMENT_TOKEN_TO_BE_REPLACED

If you’re like many of us, you’ve probably seen a hip-looking hawk roaming about McCarren Park. Whether he’s sunbathing on a Pendleton blanket with a Turkey’s Nest Margarita or simply strutting around the farmers’ market sporting his newest pair of Raybans, this hawk is LIT. And how he has an Instagram account. Check it.

You call it #piegon I call it fresh local squab served on a bed of grass with seasonal seasonings. #mccarrenhawk #williamsburg #brooklyn #mccarrenpark

END_OF_DOCUMENT_TOKEN_TO_BE_REPLACED 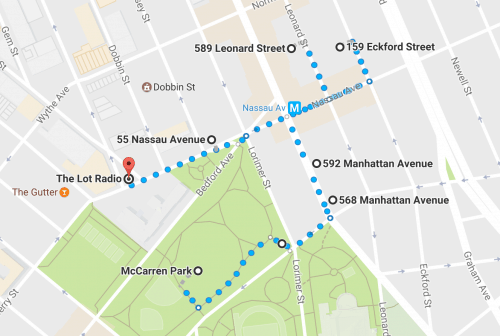 There are over 400 Greenpoint artists participating in this year’s Greenpoint Open Studios. Thank you, and congrats, Greenpoint!

While we encourage everyone attending to explore and wander among the studios all weekend, we wanted to put together a few suggested routes, roughly 1 mile each, that could help you navigate the neighborhood, or at least have a launch point!

Starting in McCarren Park with the participating artists of the Go Green! festival, this self-guided walk takes you through and around the park, visiting artist studios on and near Manhattan Avenue before concluding with a special musical performance at The Lot Radio and the San Damiano Mission…

Be sure to tag your findings #GOS2017. See you in the streets! 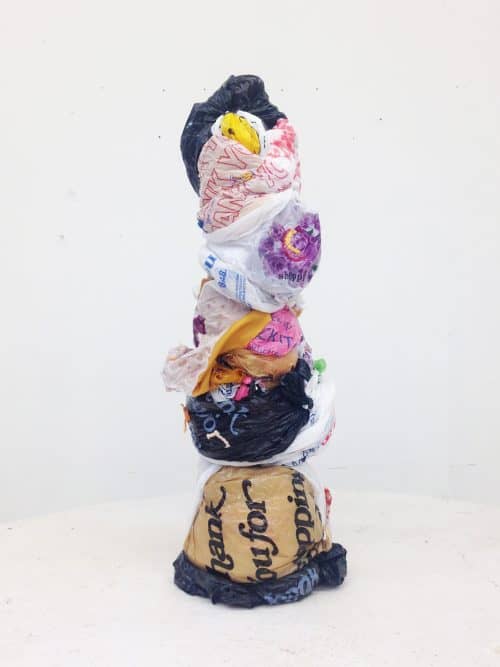 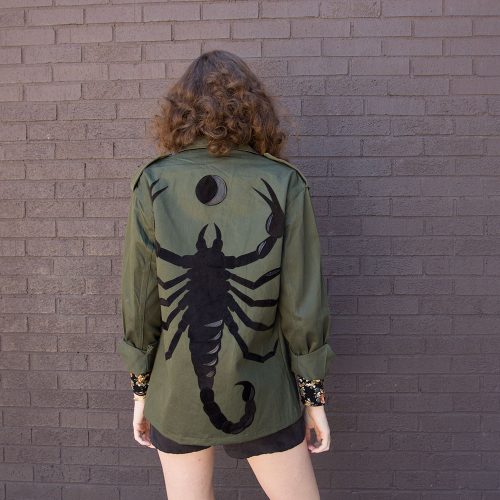 I make leather handbags, clothing, and hand painted textiles – all influenced by the high end designers I have worked for in the past and the rock and roll spirit of the 1970’s in New York City. Love combining leather, lace, and fringe in not so overtly feminine ways.

END_OF_DOCUMENT_TOKEN_TO_BE_REPLACED

We take the green space that today is McCarren Park for granted, but it was not always a park. Once the ground that the park now occupies had its own streets and factories. A May 5, 1901 article in the Brooklyn Daily Eagle showed the buildings that were to be condemned to create the park, but it was not just buildings that needed to be condemned. The whole street pattern of the neighborhood had to be changed. Some streets like Jane Street were forever wiped off the map. Others like North 12th, N.13th, N. 14th and Dobbin and Guernsey were cut. END_OF_DOCUMENT_TOKEN_TO_BE_REPLACED

Tennis, Anyone? It’s Now Year-Round at McCarren Park, But Not Free

This past Sunday, January 8th marks the beginning of a new era of tennis at McCarren Park. Now players can play year-round thanks to a bubble that recently erected over the courts, but the luxury of playing indoors comes at a price ($40-$75 per hour) and has aroused some controversy. Chintan Trivedi, a real estate agent, built the heated dome at the park. A tennis coach from the Bronx, Trivedi explained that it was a lifelong dream to create a year-round tennis venue to teach the sport to kids. The bubble will be dismantled each April, but new lights will illuminate the courts year-round. END_OF_DOCUMENT_TOKEN_TO_BE_REPLACED

END_OF_DOCUMENT_TOKEN_TO_BE_REPLACED 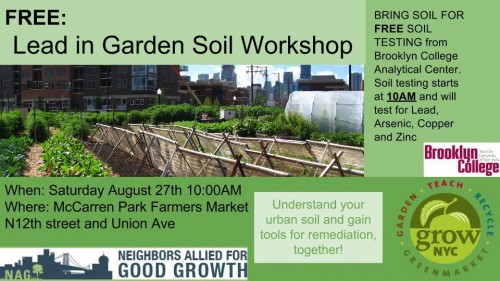 This Saturday, August 27th from 10am-2pm, Neighbors Allied for Good Growth is hosting a totally free Lead in Garden Soil workshop with free soil testing. NAG is working with Brooklyn Colleges Analytical Center on the project and workshops. The workshop will take place at McCarren Park Farmers Market. Soil testing will start at 10AM and processed into the workshop at 10:30. The soil test will screen for heavy metals including zinc, copper, arsenic and lead.

There’s a lot to understand about our soil, especially here in North Brooklyn where there’s so much toxicity. Because of our neighborhood’s industrial past we have one of the worst rates for lead poisoning in children citywide—over three times higher than the NYC average, according to an NYCDOH report from 2010. Lead poisoning is no joke; in children, symptoms include developmental delays, learning difficulties and abdominal pain. Unfortunately, often symptoms don’t appear until lead has accumulated to a dangerously high level.

Workshop attendees will learn the science behind urban soil and how our North Brooklyn soil became toxic from a historical perspective. This is a hands-on workshop with visuals and examples to learn with. This event will be free, family friendly, and open to the public.

If you want to get your soil tested, arrive promptly at 10am and bring a handful of soil in a ziplock baggie. Do it for the kids! 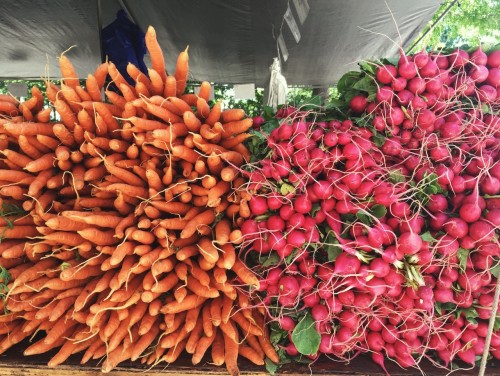 While I love working from my home office in Greenpoint, I will admit that I miss making midweek lunch runs to the small Dag Hammarskjold Greenmarket to replenish my crisper drawer. I’m a frequent shopper at both the Saturday Greenpoint/McCarren Park Greenmarket and the Sunday McGolrick Park Down to Earth market, but weekend trips and beach days can take precedence; there were many times when that midweek market was my only chance at fresh heirloom tomatoes, a huge $2 bunch of kale, or a bag of apples. So, when GrowNYC announced a new Tuesday market for McCarren Park, I was over the moon! Rejoice, fellow Greenpoint & Williamsburg farmers market shoppers!
END_OF_DOCUMENT_TOKEN_TO_BE_REPLACED